Kicking Horse Mountain Resort (KHMR) is a modern ski resort village located 14 km outside of Golden, British Columbia. The resort was named after the nearby Kicking Horse River and Kicking Horse Pass. The resort features the fourth highest vertical drop North America, at 4,133 feet (1,260 m) and an excellent snow record. The majority of the skiable area consists of two large bowls (Crystal Bowl and Bowl Over) that combine about half-way down the mountain into a single area, with a relatively gentle ski-out to the base area. In 2002 a new chairlift (Stairway to Heaven) was added to allow access to a third bowl (Feuz Bowl), which generally sees less traffic. Lodging options include ski-in, ski-out condos and hotels at the base of the mountain, or motel type lodging in the historical town of Golden. This resort is often included in multi-resort ski safari trips of the 'Powder Highway'. 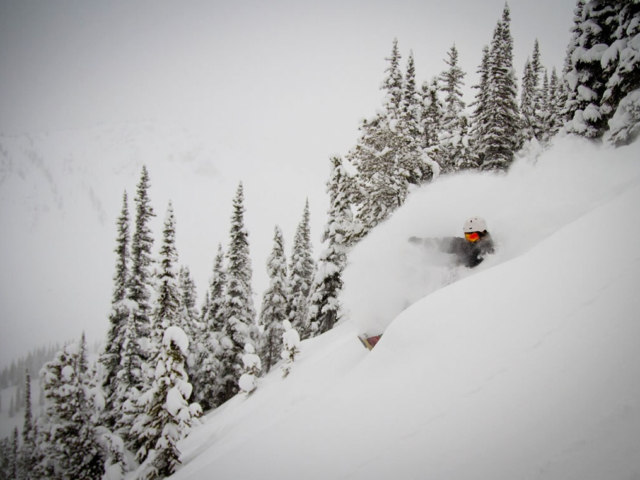 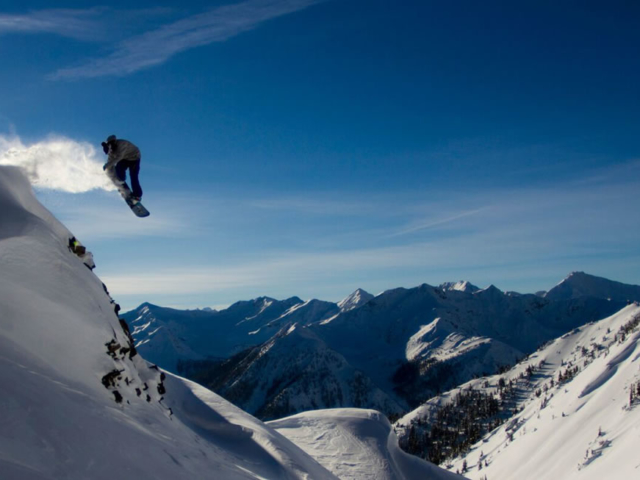 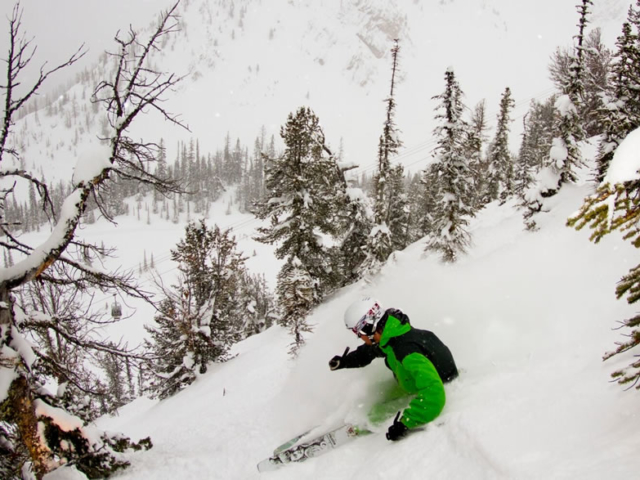 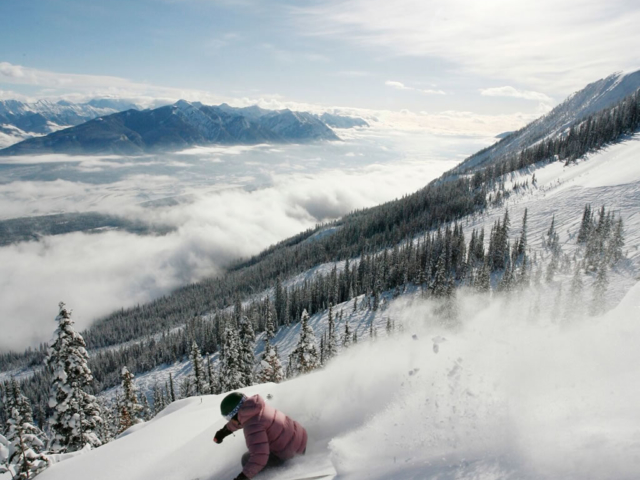 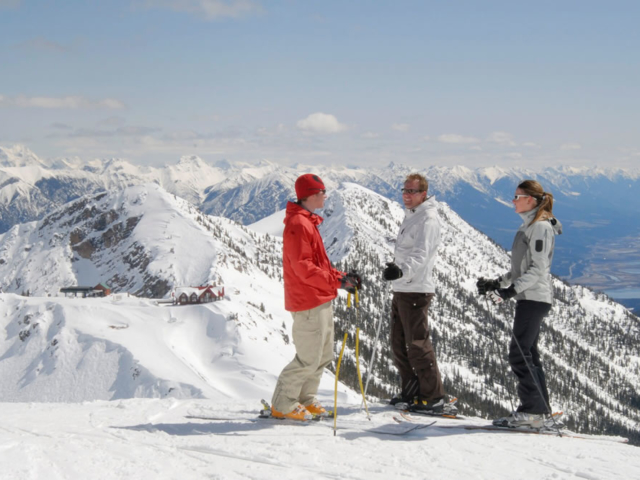